Halloween is nearly upon us and my mind has turned to all things spooky and Gothic.

I love Gothic decor and, in particular, skulls. My house isn’t Gothic as such, but rather a more traditional but modern interior with the addition of skulls. Lots of them!

I think my love for skulls really took off when I was bought a bottle of Crystal Head Vodka. The bottle is so cool as it’s shaped like a skull. Then, my sister bought a skull decanter with six skull shot glasses for my birthday one year. They’re so fab I decided not to lock them away and instead I’ve put them on display. The glasses are on my mantelpiece with cactus plants in them. I am absolutely in love with them!

And from there it’s kind of snowballed.

A lot of my jewellery work is skull related. They’re a powerful symbol of death and mortality, topics that can be hard to talk about, but which I find incredibly fascinating.

The skull serves as a reminder of the closeness of death and is, therefore, a memento mori (Latin translation: Remember you will die). It can be argued that the idea of memento mori began with the Romans but really took hold in the minds of Medieval Christians and then had a resurgence in the Victorian era. The skull is a representation of the vanity of worldly goods and earthly pleasures. It’s a reminder of how fleeting our lives, and time, are. Also, it reminds Christians of God’s Judgement upon their death.

the closeness of death

Perhaps the most astonishing examples of Memento Mori are found in mainland Europe in the Chapels of Bones, or Ossuaries. I’m absolutely entranced by the Capela dos Ossos in Evora, Portugal. In fact, I nearly used it as a setting for one of my chapters in Ashes (Book Two of my YA Paranormal Romance Trilogy, Bones, Ashes, and Dust). You can check the book out here. I loved the feel of the place but, it didn’t matter how much I tried to use it in the story, it didn’t quite fit. I shall, however, use it in a future story, I am sure.

The chapel itself measures 18.7 metres by 11 metres and is made from the skulls and bones of over 5000 people. There is a warning over the door that reads: We bones that are here, await yours. Death will claim everyone, one day.

Death will claim everyone, one day

Another fine example is that of Sedlec Ossuary in the Czech Republic. This is said to be lined with the skeletons of over 40,000 people. I’m not sure whether that figure is correct but I will take other people’s word for it. I don’t fancy standing in there to count them all! 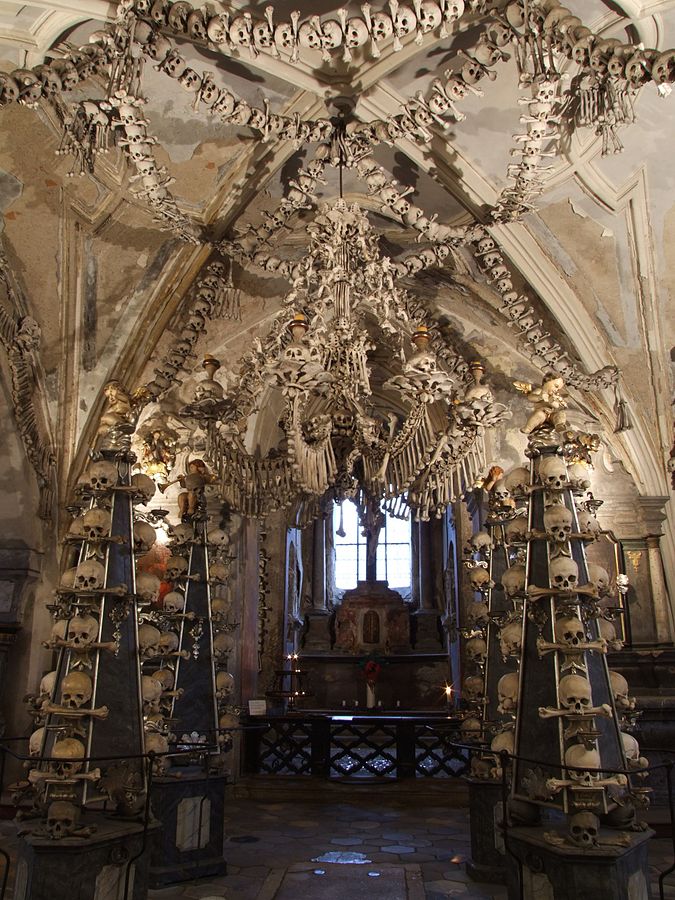 Perhaps the most famous example of Memento Mori is the Mexican festival, The Day of the Dead, which utilizes a lot of skull imagery. I’m not going to talk about that here because I’m going to write a post specifically on the subject as I feel it deserves its own page. But what I will say is that the skull not only represents death but life too.

the skull was the seat of a person’s soul

The Celts used the skull to represent time, power, divinity and initiation and believed that the skull was the seat of a person’s soul. The Nazi SS wore skull insignia as a symbol of loyalty until death, others use the skull as a way of warding off death, especially in apotropaic magic (magic designed to avert evil).

I think I could get used to drinking from the skulls of my enemies but in 2018 I’m not sure that’s acceptable. Maybe that’s where we’re going wrong….?

So, why do I like skulls? What importance do I attach to them?

I can’t say why I love skulls, it’s just something that resonates very deeply with me. I feel the need to confront my mortality and use it as a reminder to seize every opportunity that is offered to me. I see the skull as a symbol of wisdom and truth and, as in apotropaic magic, I use it as a charm of protection.

So how can I use the skull in Jewellery making and in my art?

There is so much that can be done with skull imagery. Here’s a project I’ve just finished:

This is George. George is an upcycled skull that I’ve hand decorated with pearlised beads and acrylic crystals. It’s been very therapeutic to take the time to stick the individual beads onto the skull. I’ve enjoyed this project because I’ve been able to take time over it. You can see George on Etsy, here.

Oh, and here’s a picture of Frank, my favourite skull:

The Element Encyclopedia of Secret Signs and Symbols, Nozedar, A., Harper Element 2008

View all posts by apocketfulofstardust